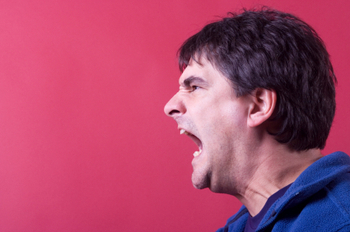 As many people as are inspired by the Olympics this summer there will undoubtedly also be complaints of anxiety and stress from young athletes wanting to quit sports.

Parents and coaches can make youth sports a fun, learning experience or a nightmare, according to sport psychologists at the University of Washington. But to achieve the former, sports officials and organizations must provide more training programs, especially for parents, according to Frank Smoll and Ron Smith, who have been studying the youth sport experience and designing programs to improve it for a quarter of a century.

“There is no problem in getting coaches to attend educational workshops. The challenge is convincing organizations to offer parent workshops and getting parents to come,” said Smoll. “Many youth sport organizations are saying, ‘Yes, we are interested’ in offering these programs, but that’s it. They are not delivering them to parents.

“There has been a drive in the last 20 years to teach coaches how to create a healthy psychological environment for young athletes. A culture has been created and there is an expectation that coaches will receive training. Unfortunately, too many moms and pops are all too willing to assume they don’t have a role in youth sports. However, they should support what trained coaches are trying to do. Parents and coaches working together are a powerful combination,” he said.

The UW researchers recently demonstrated the effectiveness of this approach in a study of 151 boys and girls playing in two different basketball leagues. The average age of the athletes was 11.6 years. Coaches in one league participated in a training workshop emphasizing a Mastery Approach to Coaching developed by Smoll and Smith.

This method emphasizes teaching youngsters about personal improvement, giving maximum effort, having fun, sportsmanship and supporting their teammates, rather than a winning-at-all-costs approach. Parents participated in a companion Mastery Approach to Parenting in Sports workshop that explained how to apply the mastery principles and how they can reduce performance anxiety in their children. Coaches and parents in the second, or control, league were not offered the workshops.

Pre-season questionnaires showed little difference in the levels of performance anxiety among the boys and girls in the two leagues. However, by the end of the season athletes playing for trained coaches and whose parents attended the workshop reported that their levels of physical stress, worry and concentration difficulties on the court had decreased. Players in the other league, however, reported that their anxiety had increased over the course of the season.

“This combined approach helps both parents and coaches to create a mastery-oriented climate,” said Smoll. “We don’t ignore the importance of winning because it is an important objective in all sports. But we place winning in its proper perspective. As a result, young athletes exposed to the mastery climate were able to concentrate more and they had less worries about their performance. Their bodies also reacted more positively. They were less tense, had fewer queasy stomachs and they didn’t experience feeling tight muscles.”

“Fear of failure is an athlete’s worst enemy, and the sport situation can easily create this type of anxiety,” said Smith. “The encouraging thing is that brief, one-time workshops for coaches and parents can give them the keys to decreasing pressure and increasing enjoyment. And an added bonus is that athletes who are not fearful of failure typically perform better. Given a few key guidelines, coaches and parents can be a winning combination for kids.”
—————————-
Article adapted by Medical News Today from original press release.
—————————-

The William T. Grant Foundation partially funded the research which was co-authored by Sean Cummings, a former UW post-doctoral researcher who is now at the University of Bath . The study appeared in the Journal of Youth Development.