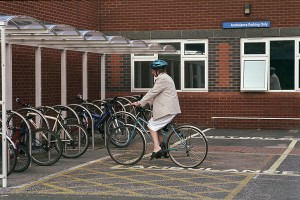 New participation figures published by Sport England paint a mixed picture of progress in grassroots sport, with strong growth in running and cycling but a decline in other major sports, including football and swimming.

Overall, the slow but steady increase in participation numbers seen over the past five years continues, with 6,938,000 people now taking part in sport at least three times a week. Today’s Active People Survey results show that regular participation is now 123,000 closer to the Government’s aim to get one million people playing more sport by 2012/13.

Weekly participation in athletics (including running) has swelled by over 263,000 over the past two years, buoyed by a growing network of informal running groups across the country. Over the same period, cycling’s numbers are up by almost 100,000.

British Cycling’s Chief Executive, Ian Drake, said: “We put great stock on trying to ensure our participation initiatives truly meet the needs of those we’re hoping to get involved in our sport. Indeed, we can partly put the continued success of Sky Ride down to the fact that we listen to participants and adapt our offerings based on the feedback we receive.

“We’re committed to getting more people on their bikes and importantly, keeping them cycling. What is particularly exciting for us is that we’re confident there’s plenty more to come and throughout 2011 we will be launching more new initiatives to help get more people cycling more regularly.”

Netball’s participant numbers are up by over 26,000, an increase of a fifth in the size of the sport in two years. Much of this success comes from the Back to Netball programme, which tempts women to return to the sport with a fun and flexible offer.

This is just one of the initiatives that have contributed to a recovery in women’s participation in 2010, but the gender gap in sport remains a challenge.

Of real concern, however, is the continued under-performance of five of the top seven participation sports, including the only sports with more than two million weekly participants – swimming and football. Their size means that this decline has a major impact on the overall growth of grassroots sport.

For these two – and other sports such as cricket and rugby – the challenge is to arrest the drop in participation outside the club structures where they have traditionally focused most of their attention.

The past 12 months have also been a tough period for sports that are costly and time-consuming such as golf, sailing and skiing. There has been a marked drop in participation in these activities among men aged between 35 and 44, a key period of economic productivity in most people’s lives.

Sport England’s Chief Executive, Jennie Price, said: “It would be fair to describe today’s results as a mixed bag. It’s good to see a wide range of sports – from individual pursuits like running to small team sports like lacrosse – demonstrating that, with the right approach, increasing grassroots participation is a realistic ambition.
“What is concerning, however, is that a number of major sports have yet to deliver, despite significant levels of investment. They now urgently need to demonstrate their ability to grow participation in their sport and prove they can make a significant contribution to sport at the grassroots level.”

The Minister for Sport and the Olympics, Hugh Robertson MP, said: “During the comprehensive spending review we fought hard to get a good settlement for sport, keeping the Whole Sport Plans in place. Now it is vital to see a return from the investment sports get from the public purse. I want every pound that national governing bodies spend on the grassroots to count.

“Our recently launched ‘Places People Play’ strategy will help get more people participating but we also need sports governing bodies to step up to the plate and deliver. Some sports are making progress such as athletics and netball and we need to learn lessons from them to get growth across the board.”