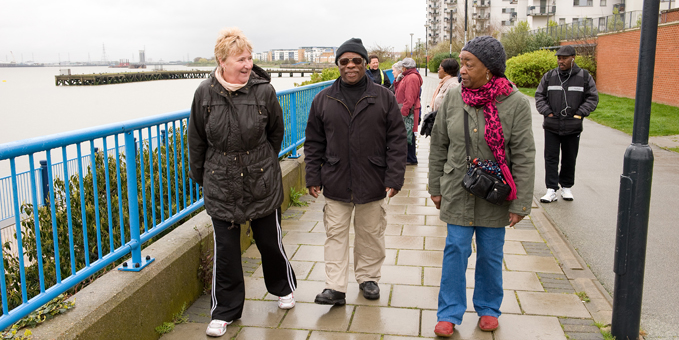 In 2009 NHS London made some money available to NHS Greenwich for a 50+ engagement programme.

Our response to the brief

We convinced 70 local activity providers to provide free taster sessions to anyone who turned up with one of our vouchers.

We used the marketing channels that we’d identified in the planning stage to contact people about activity and find those who wanted to be more active. We used:

4.        Intervene
We called, wrote to or emailed everyone who registered with information about where to get active, particularly at the providers offering free sessions in return for our vouchers. We sent them vouchers which entitled them and a friend to do an activity for free at one of these 70 locations including leisure centres, sports clubs and activity groups.

70% of people we talked to on the phone went and tried an activity, and 25% of people we wrote to did. The activity providers were great at ensuring that each person had a good time and wanted to become a repeat member.

We followed up with people to ensure that they were still ok, congratulating them on their successes and overcoming any barriers that had caused them to stop enjoying their activity.

We built a database of 1200 people who wanted to be more active. Most of these people met the profile of one of our target segments. We contacted all these people with details of where to get active, mostly by direct mail, and 200 by phone.

Rather than the initial goal of 10 taster sessions per month we worked with local providers to provide over 70 activities which people could try for free across Greenwich.

Approximately 350 people took up one of the taster sessions and 250 (70%) of those became ongoing members of the activity groups who were still active 6 weeks later.

For more detail on this project download the recording of the Go London Greenwich conference call. Just click the link below.