Mark, the Manager at Harlow Leisure centre, hasn’t got as many people playing squash as he’d like. So he decides to hire
Tim, an expensive salesperson. He pays Tim a small fortune – £2000 for the week.

On Monday Tim heads out into Harlow. On Friday Mark asks him what
he’s done and he says “I dressed up very smartly, went round the
town and told thousands of  people just how good Harlow leisure centre squash courts are. People are now much more aware of Harlow Leisure Centre squash courts.” Mark asks his staff how many more people have played squash and in the first week 50 more people than normal came through his doors bringing a friend with them, in the second week there were only 25 more people than normal, the next week it was ten then five, then back to normal after that. Great, he’s made £900 more (£5/ person and two people per court). That’s not good enough, because it cost him £2000 to make £900.

So Mark fires Tim and sits down to figure out what he really needs. He decides that he needs to find the people in Harlow who are interested in playing squash but who don’t normally play and constantly remind them about his squash courts. Mark hires a new salesperson – Sandra – for 10p per person she talks to, but she’s only allowed to talk to people who are interested in squash. He also arms her with a free guide on how to improve your squash.

Sandra heads out into town on Monday, talks to 2000 people who are interested in squash over the next few weeks and gives out 350 free guides on how to improve your squash, and collects the email addresses of all 350 people. So Mark pays Sandra £200 (10p per person she talked to).

Mark now sends an email to these 350 people each week with more tips on on how to improve their squash. This information is pulled together by Sam the squash coach in order to try increase his coaching business. Along with the tips are details of how to book a squash court, how to get squash coaching from Sam, how to join the squash league, money off vouchers for playing during the day and other useful bits and pieces.

It takes Mark about 20 minutes a week to send out this information to 350 people and he sees a steady increase in the number of people using his squash courts for the rest of the year. About 50 of these 350 people use his squash courts, each bringing a friend to play against and 30 of them come 10 times. So his £200 has increased his revenue by £3200. Much better. 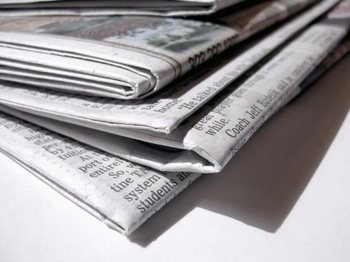 Your adverts are your salespeople. Tim is an expensive full-page ad in the local paper, Sandra is a Google ad set to only show when someone in the Harlow area searches for squash.

“Awareness” advertising is great, as long as you’ve also got a huge budget, a great supply chain, high footfall, great location, point of sale advertising, sales promotions and all the other things that Nike, Tesco, Vodafone etc. have. You probably don’t have them – most of us don’t.

If you want to get more people through the doors then I suggest you use the Sandra approach of “direct marketing”. This approach allows you to contact people who are interested again and again for very little cost. You start by giving them something of value to them in return for their contact details and only then telling them about your club or centre.

This approach is used incredibly effectively in the private sector, and is one of the reasons why I write this blog.