Do people read your emails?

People are busy – and if you’re using an email newsletter as part of your marketing machine then you want to make sure they open it and read it. However on average only 20-40% of people will open any email newsletter. Here I explain how I increased the percentage of people opening the Make Sport Fun email by 40% (from 27% to 38%).

I’ve always focused on trying to create interesting and useful content for the Make Sport Fun email newsletter, but I hadn’t ever thought much about the email subject line. I just called it “Make Sport Fun newsletter”.

I read an article which talked about the importance of subject lines, read other people’s research about their own emails, looked at what journalists do when writing newspapers, and more. 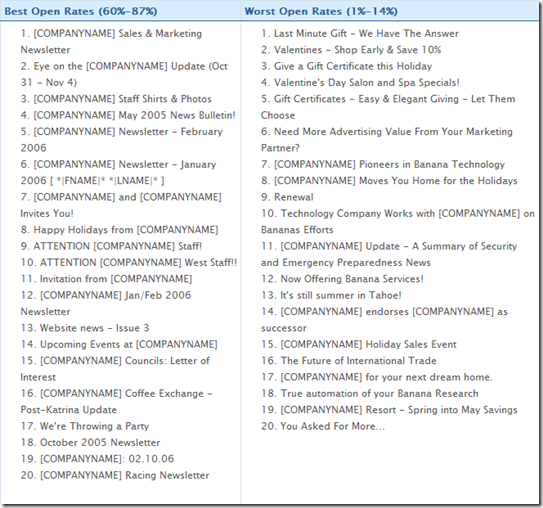 This is interesting, because it shows that the most popular email headings are very simple, and just tell people what the email is, not what’s in it, and not using catchy headlines.

I found that it’s agreed everywhere that your subject line is actually hugely important. So I started doing some testing. I’ve used something in Sportmailer called A/B testing (more on that in the future) which sends two versions of the same email with different subject lines to a random selection of your readers. Whichever version is opened by more people gets sent to the rest of the readers.

I quickly found that people are much more likely to open my emails if I put a quick teaser of what’s in there as opposed to just calling it Make Sport Fun newsletter. But even when you describe what the email’s about a simple change can make a huge difference. Look at these two versions of the same subject line:

It turns out that “Simple email marketing tool and free photos” was the better subject, but I would never have known that without testing it.

The moral of the story? Test. To try out Sportmailer’s A/B test just click on A/B split campaign in step 1.