Using the Olympic Torch Relay to get people active

The team were headed up by the indomitable Deborah Browne from Charlton Athletic Community Trust. Deb led by example – taking the 7:30 am slot – and the rest of the team turned out in force. 19 of them went out on the streets during the relay and signed up people who were inspired by the event and wanted to get active themselves.

According to our figures from previous campaigns, approximately 100 of those 196 people will actually go on to become active over the next couple of months! So an example of marketing campaigns making the Olympic Legacy happen, just from this one event.

On top of that the Greenwich Get Active team got a big buzz off the event, and are more fired up than ever to make the campaign a success. 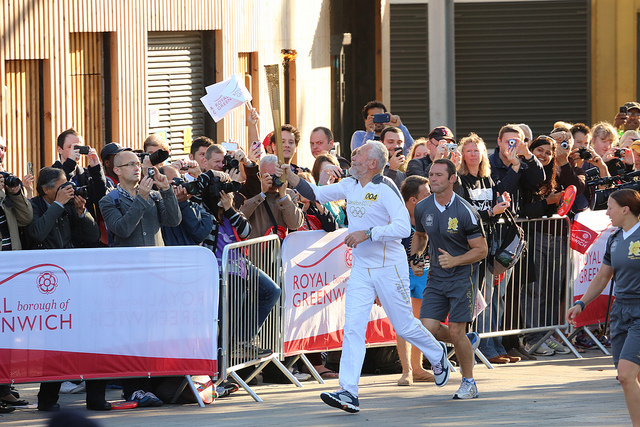 The Olympic Torch relay in Greenwich.