How to get GPs to promote activity 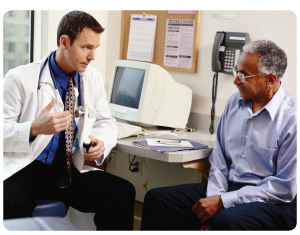 I was at the London physical activity meeting to explain the Top 10 ways to increase participation. During my workshop people were debating how to get GPs to promote activity. There were cries from all round the room of how hard it was, how they were only interested in money and how there was no escape from this madness. But there was one voice in the throng who said “I know. I’ve done it, and I did it with only 1 email.” Well I had to find out the secret – what did this person know that was frustrating everyone else.

Jenn Smith is that person, and she’s the Health Improvements Coordinator for NHS Sutton and Merton. I met with her and she explained how she’s used sales techniques along with a manual she’s written.

The first thing she did was to figure out what GPs want. She boiled this down to 3 things

So she set out to give them what they wanted. She wrote a weight loss programme which can be run by receptionists or health care assistants, rather than GPs and practice nurses. She wrote it as a group programme which eliminates the problem of missed appointments. She developed a manual and a 3-day training course and provides support after the training. Now she had a great product which met GPs needs as well as her own. The next problem was selling it to them.

Again she used basic sales techniques and thought about what would appeal to them. She wrote an email explaining the programme, and that it followed NICE guidance. She also explained that that it was available for free now but she could not guarantee it would stay that way.

Her advice for other PCTs? Develop a great product then don’t undersell it. Understand your audience. Have confidence in your product. And go visit people when they show an interest.

Jenn is now also rolling this programme out to pharmacies in Sutton and Merton – and getting a great response there too – with 19 pharmacies signed up so far.