Case study: Harrow Gets Its Dancing Shoes On 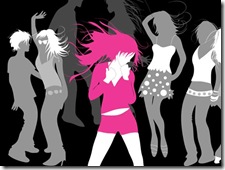 By using www.promotingactivity.com, the Championing Harrow team at Harrow Council has recently been able to set up the ‘Latin Jazz – Dance Your Way to Health’ activity programme. This is a style of dance that is currently taught at the prestigious Pineapple Dance Studios in Covent Garden. Harrow Council has joined up with the ‘Dance My Way’ dance academy to offer the programme to inactive young women in the borough – using dance as a way to encourage them back into regular exercise. Pro-Active West London managed this funding process, with funding coming from Play Sport London (a London Development Agency fund).

Harrow has agreed with the Government Office for London to deliver year on year increases of up to 3% in sports participation by the end of 2010, as measured by the annual Sports England Active People Survey, so the team used the marketing segmentation toolkits on www.promotingactivity.com to identify socio-demographic groups that were performing badly in terms of activity levels.

The ‘Leanne’ group came up as a target for the Harrow team – Leannes are classified as females aged 18-25 and are students or taking part time vocational courses. They are in socio-economic class NSEC 5-8, which is one of the lowest in terms of sports participation; Harrow has also seen a decrease of 3.9% in the numbers of females participating in sport and leisure activities.

“Promotingactivity.com was fantastic in that it enabled us to pick out a target market,” says Kirsty Adams, Championing Harrow Project Coordinator, “We felt that Leanne’s were an incredibly important group to target, so once we had that in mind we just had to find an activity that would appeal to them. We chose dance because a high proportion of Leannes had expressed an interest in this activity during market research.”

Kirtsy and the team were able to carefully plan their marketing campaign with help from the interactive maps on promotingactivity.com, which enabled them to identify areas in the borough where the highest proportion of Leannes lived. “The maps were invaluable as they ensured that we could concentrate our  marketing activity in areas where we knew that we would be reaching the highest proportion of Leannes,” explains Kirsty, “this meant that the word was spread as widely as possible and ensured that our marketing budget was used in the most cost-effective way. I would say that anybody else using promotingactivity.com should make as much use of the maps as possible – they have certainly proved invaluable for us.”

Do you use promotingactivity.com in an interesting way? Let us know