Bowling and Bouncing in Hillingdon 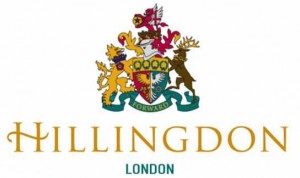 Below we describe how Hillingdon Council used promotingactivity.com to support their funding bid.

With the help of funding from the London Development Agency’s Play Sport London programme, the Sports Development team at Hillingdon Council was able to launch two new activity programmes – ‘Bounce Back to Fitness’ (trampolining) and ‘Bowled Over’ (indoor cricket). The funding process was managed by PRO-ACTIVE West London.

Promotingactivity.com revealed that Philips made up 8.7% of the population in Hillingdon, the second highest percentage of the male population in the borough, and that far more of them actually wanted to take part in physical activity than actually did so. It was also clear that this particular segment of the population has an interest in cricket, so the Hillingdon team decided to set up a winter indoor cricket programme to get people back into playing cricket with a view to carrying it on with a local club during the summer.

The Chloe segment was also well represented in Hillingdon, being the highest percentage of the female population in the borough aged 18 – 25 years. Promotingactivity.com revealed that Chloes want to lose weight and keep fit and like to participate in exercise that they can do with friends. Trampolining was chosen as it ticked all these boxes and the team set up Bounce Back to Fitness in partnership with the Queensmead Trampolining Club (although coaches were not from the club it was identified as an appropriate exit route.)

Although attendances to both activities weren’t quite high enough to justify keeping them going after the initial funded period, the Hillingdon team learned some valuable lessons from using promotingactivity.com.

“The activities weren’t quite as successful as we had hoped, partly because we couldn’t find facilities in the areas of the borough where the toolkits had shown large concentrations of our target groups,” comments Hillingdon Sports Development Manager Lucy Stanton. “Also, with the benefit of hindsight perhaps we should have marketed the activities differently. The toolkits identified Chloe’s in particular as being best contacted by email but because our email database isn’t that large we had to rely on posters and flyers. Email is definitely something we will look to use more of in the future.”

Do you use promotingactivity.com in an interesting way? Let us know.