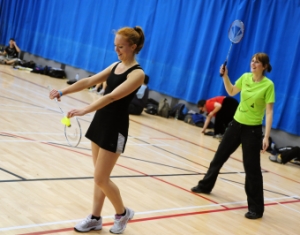 The topics we decided on were:

I planned out the workshop over the next couple of weeks. I used parts of previous workshops that I’ve run for other workshops round the country, and then I tweaked it all to match exactly with their needs.

The workshop was a success and we had tons of input and ideas from everyone in the group. There were 11 people from BADMINTON England at the session which is a great size for a workshop. Today’s workshop is obviously just the beginning and the hard work to improve their marketing starts now. I’m hoping to work with the London region some more and help them implement some of the ideas from today’s session.

“John delivered exactly the session that we were hoping for, and pitched it at just the right level.
The most useful part of the training was that John had related it directly to our work by analysing
and integrating one of our key projects into the session, using it as a case study and making
suggestions for improvement.”